Notice: Trying to get property of non-object in /var/www/vhosts/progressivetrainingsystems.co.uk/httpdocs/news/wp-includes/author-template.php on line 97 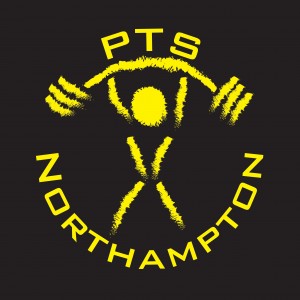 (plus one commercial for old-time’s sake)

Today we had closed our gym as we were scheduled to exhibit at a local seafood festival, however it was tipping it down with rain when we arrived and unfortunately for health and safety reasons we had to give it a miss, as we didn’t want anyone slipping over onto a sled pole and throwing a keg at a passersby, however amusing that may sound.

So we were at a loose end, a rarity like a blue moon with a planetary ring of flying pink elephants. We had childcare, no gym, and half a tank of diesel, the options were almost endless… but what could be better, on a day when you don’t have to be in your own gym, than to go and visit others! So that is what we did, four in total, Dallington Fitness (previously Fitness First), Project Fitness Northampton, Fitness Ambition Wellingborough, and The Training Shed in Daventy. We did consider popping in to Crossfit, but, um, might save that one for Halloween.

I think I need to go back a few years when we were first thinking of opening Progressive Training Systems, when as part of our market research we went to most of the gyms in Northampton, were shown around by their sales team, given all the usual spiel, most went blah blah blah blah except Fitness First in Dallington, I am not sure what made them different, they were just as commercial as the others, similar amount of pointless equipment, but they did have a reasonable free weights area and a squat rack (something essential that most commercial gyms lack), so we joined as members, and were there for a few months until we received a letter to say that Fitness First had pulled out of the running of the gym and it was to be closed down, luckily we were just about ready to open PTS at this point, so weren’t too bothered. We found out later that is had continued to trade under the name Dallington Fitness and there were some, much needed, improvements going on, this was interesting, so this is where we started our day.

First off we realised that we are more well-known than expected, as we were greeted by “Aren’t you from, umm, progressive…” haha no hiding now! But we were shown to the gym by the owner, Angelo, who told us that it is now run by his family. We were very impressed by the improvements that had been made, the floor in the free-weights area had been completely gutted and redone to a very high standard, the cardio kit had been moved around creating an impression of more space, and they had some cool new toys, battle ropes, trap bar, blast straps, and a grappler attachment… good shopping! It was also great to see a guy down there who was a fitness instructor when we were members (Joe), he is just one of those people that all gyms need, he talks to the members like humans (not potential prospects), and he gets on with all aspects of his job, without qualm, which is rare in this industry! It was good to hear that Joe is now a Personal Trainer and doing well, keep it up dude. I don’t know if it’s because it is a family run gym, or because it is situated in what looks like an old school house, but it just has a chilled vibe, despite being full of the usual commercial stuff that I try my best to avoid, I would still join this gym if PTS didn’t exist.

So next onto Project Fitness Northampton, this is a new facility that is co-owned by an ex PTS member (Dan), there is no bad blood here though, all still friends, so we just popped in to say hello and check out their new place. They offer group training similar to Crossfit style stuff, but today we walked in to see Dan and some guys practising for the Superhuman Games – a fitness competition that PTS will also be entering teams for… oooo bring it onnnnnnnn PFN!!!

Our next stop was slightly further afield, to Wellingborough and Fitness Ambition (used to be The MMA Gym), we had heard a lot about this place and have members that also train there, that along with a few Facebook chats with the owner (Darren), we thought it would be good to go down and say hi. This was my favourite visit of the day, not because it had MMA cage style separations for the different areas, or because we got to play with bungee battle ropes, or because we might have found some new Olympic barbells for our gym, but because the fitness industry is full of so many uneducated, lazy parasites that when you meet someone who is not like this it is an amazing experience, cheers Darren, your unretardedness made our day 😉

Finally off to the other side of Northamptonshire to Daventry and The Training Shed, this is an interesting one as we lost quite a few members to them when they opened, as the people that travelled from that part of the county now have somewhere nearer to train, so we were keen to see what all the fuss was about! Haha. It was great to be welcomed at reception by one of their instructors (who still trains at PTS on occasion… sshh!) and the two owners, Tom & Rachel. Wow this is a big facility, separated into a few different rooms, but nicely laid out, some cool toys too, nice rig and cages, you can see a lot of money has been spent on the place and the equipment, good job guys, and good to meet you too!

Today was enlightening, it was very different from our previous tour of commercial gyms, which was a soul destroying experience which just reminded of how much hate we have for the fitness industry and 90% of everything in it, and inspired us further to develop PTS into what it is today. Today however was heart-warming, to meet like-minded people also on their own missions in business, fitness, and awesomeness. It did though highlight how uncommercial PTS is, as there are still aspects in all of the other places, except PFN but very much so Dallington, you can see there are aims at pandering to the customer, or are just there ‘because’. And I think that some of this is down to money, and/or availability of equipment, something that I we don’t have, but I am not saying this is bad, and certainly not to the level of commercial gyms, just different to us, and maybe something that we should/could improve on to a certain extent. All in all a good day out, beats standing in a muddy wet field all day anyway!

We would like to thank Angelo, Dan, Darren, Tom, Kirsty and Rachel for their hospitality today. Here are the links to the gyms we visited, please check them out, and check us out too!