← PTS at the All England Powerlifting National Championships 2018
Do you want SUCCESS? → 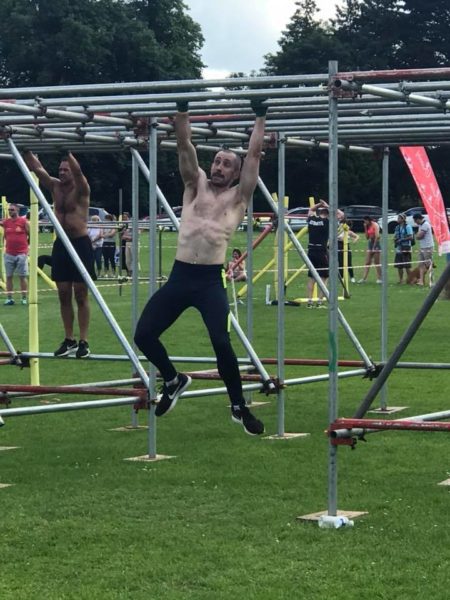 First I’m going to declare a whole lot of love for people! Because I’m quite physically messed up and getting emotional haha

Gav Henson, my almost partner in fitness crime to bromance rival. His first fitness competition was the deep end of the scale, no doubt. Love you bro!

Becci Tomlinson, who by coming along at short notice made it possible for me to compete today. Angel. Actually why am I grateful for someone allowing me to put myself through that? Anyway, love!

Dave Peters and crew, made it a nice family outing! Love! And well done on 4th place dude, incredible!

Craig and Paul Croft for putting on, against some odds it seems, an incredible day. Not very nice people for putting me through that. Love/hate/love!

And finally Ellia… my star. A long ass day and no complaining, lots of playing and being her usual funny self. She did awesome on the obstacles too! I love you so much my heart hurts, although that might be the heart attack from today coming.

As for the competition…. holy moly. Doing the individual category instead of the pairs is just savage. No rest for 20 minutes, 5 times… I’ll be honest I was just wasn’t prepared. I did come 13th, which I’m quite happy with though!

First event was no doubt the worst. 30 meters of burpee long jumps, then 20 reps of 45kg push press, and repeat…. truly truly horrifying. Somehow the burpees were the rest, it was that bad. I did 7 rounds of that in 20 minutes. Was utterly trashed after.

Second event was 20 push ups, 30 40kg thrusters, 30 70kg deadlifts, 50 butterfly sit ups, and repeat…. after event 1 this was disgusting. I hate thrusters. Everything else I could do non stop, but that crossfit stuff makes me rebel haha. Just 2 rounds of this done in 20 minutes. Was utterly trashed after.

Third event was a 25 meter bleep test with a burpee at the end of each shuttle. Felt so sick going into this thought about quitting. However got about 15 minutes in before not being fast enough to keep up and get eliminated, and felt great afterwards! Nice bit of cardio!

Fourth event was the obstacle race. 600 meter laps of crawling, vaulting, clambering, swinging, awesome fun! Got four and a quarter laps, this was hard though. Just a bit trashed all over at this point.

Fifth and final event, a heart breaker for me…. a seated rope pull that was actually really really heavy, and then a 50kg keg run. Should have been MY event, it felt easy… but straight away on the first pulls, my dreaded ab cramp surfaced.  Ah my, the pain. My abs were trying to leave my body. At points I could not move I was in such pain. And yet I still managed 5 rounds on this, which was a fairly decent score! Should have won this event hands down. Rookie mistakes on nutrition did me on this, so it’s my fault! Annoying way to end the day, but I’m hungry to do much better now!

So 13th in one of the hardest things I’ve ever done… I’ll take that on my current comeback status of returning to former ability.

What a day! Everyone we met was lovely, just solid love and suppot all the way through. Can’t wait to trash myself more severely next time! Now chocolate milk.